This is a deck ive been working on since Stellas sigs got spoiled a month or two back. It leans hard into one of my favourite play styles - Full throttle Survivor BS (that stands for Blatant Shenanigans kids, honest). It has cleared the first 3 maps of Dream eaters Waking side on hard paired with a Skids deck, versions of it have cleared several standalones (mostly on standard), and yet another version is currently seeing how many haunted effects it can tank in TCU with one of my regular play groups to see how tough it really is. So far pretty tough. Ive not played it true solo as I dont tend to do so. The solo tag here is really just reflective of the fact I have usually been fine to wander off on my own. If those of you with more experience solo have thoughts to share Id happily hear them

To New Players: This deck isnt really a beginners deck, its more of a direction you might take Stella as yout card pool grows and you get more experience. If you are familiar with other LCGs however you may be fine ofc - it doesnt have to pull off every combo to work well, theres just plenty available. Eitherway it may be worth a read as ive written the Compounding Failure section to describe general tips for the "on fail" suite in survivor. This isnt always obvious even to experienced players until you see it in action. But once you do, it is a wonder to behold. Its just a really strong, versatile, and thematic play style thats just incredibly satisfying to play. Absolutely beautiful design.

To those of you who have been playing for a while I hope you find this entertaining. Its a very strong and reliable build that lets you adapt easilly, roll with the punches, and come out on top. Just like the old full BS (that stands for brilliant stuff, kids honest) Wendy decks Just ramped up to ten.

Too all of you: I Also have a detailed article written that goes through these methods a bit more thoroughly that the wonderful folk at Los Archivos de Arkham have so kindly let me publish on their site.

A high action compression focused generalist built capitalise on Stellas bonus action almost every turn and showcase some of her more impressive tricks to provide a bit of a guide to her play style for experienced players and new.

The majority of the on fail cards can be combined off single (deliberately) failed investigate actions to trigger multiple effects off a single action. Do you want to use Drawing Thin to deliberately tank a test, use Rabbit's Foot and Take Heart to draw cards and pennies, then spend them on one (or even two) "Look what I founds!", then return the Take Heart to hand via Grisly Totem? What if you could keep doing parts of this over and over while more and more collect up as you build to a critical mass? ... and get your action back. Stella can.

Once youve successfully milked that deliberate fail, big skill cards and passive boosters bump you into high stat mode to pass actions on remaining tests and pushing you to the other end of the scale.

The deck has a slight lean towards clue/evader but can be adapted to more combat via xp depending on party needs. Similarly it can be shifted more towards clues. Eitherway it can generate some truely spectacular plays both in terms of stories and narrative moments and some solid and literally unstoppable mechanical manipulation. Pure unashamed, relentless but effective BS (thats short for Blatant Shenanigans, kids).

Stella is just so satisfying to play.

THATS NOT FLYING, ITS FAILING WITH STYLE (Upgrades)

Take these to match playstyle and team composition. In general you want to swap like for like, though dropping dark horse is another option if you want to diversify. Swap out clue tools for combat or visa versa if you want to specialise.

Yeah ok, you may need to read that title a couple of times to get it to make sense, but it works i promise!

You are looking for as many draw tools as you can find, these are the core of your engine and will feed you clue tools over the game, keep:

Mulligan any thing else in hope of finding the above unless something circumstance specific is somehow vital. If you get a good stack of draw tools in there, then consider keeping/digging for clue tools instead but it is secondary.

A lot of players misunderstand survivor as a class thinking they are designed to play like seekers or guardians, but with a set of panic buttons. This tends to result in a deck that is essentially a slower version of how other classes play, but with a gimmicky angle to them. The problem is they are trying to imitate a different class's tools by mapping whatever survivor card looks like the closest match, and these are often cards that are designed to be played differently and come with additional costs to use. The on fail cards are then used to compensate for the loss of consistency. This works to some degree, and can be fun, but makes survivor look like a weaker or "challenge mode" class as you didnt get to experience its full potential (both mechanically and entertainment wise). So I have compiled a quick run down of some key principals to help explain: 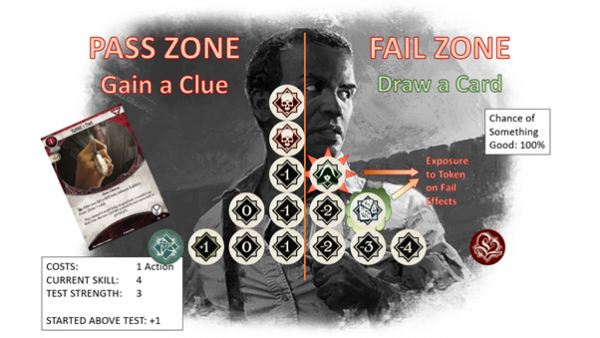 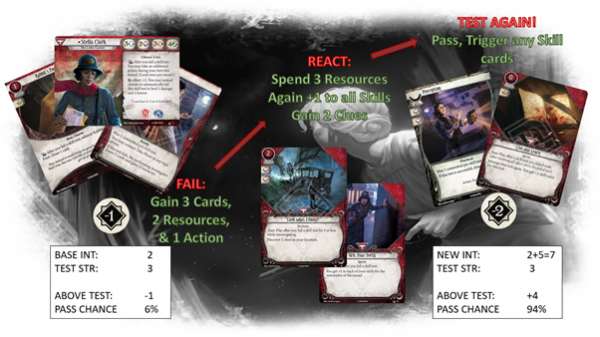 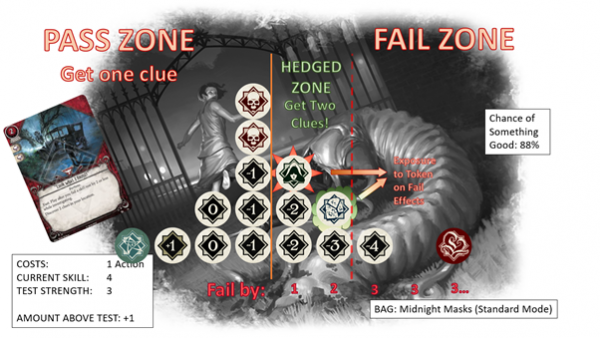 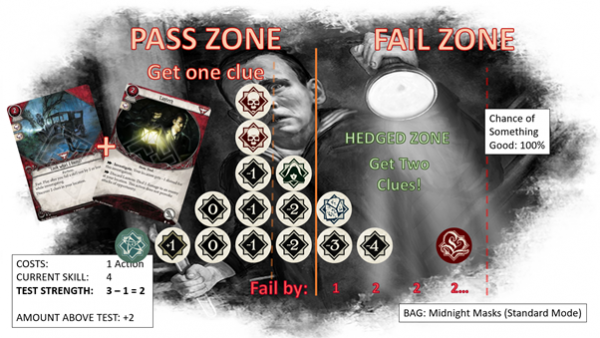 Right thats the generics done, onto some BS tricks more specific to this build and Stella specifically. Some more BS tips in the clues and enemy handling sections below where they relate to specific cards like Old Keyring and Chainsaw:

BEYOND THE FAIL (Encounter Protection)

As ever, congratulations for making it to the bottom of all that and thanks for reading. If you give this a bash I would love to hear how it went, especially if you have used Quick Learner or Déjà Vu with any success. I have as yet been too wimpy to try them.