Mary turns the Fireplace Ornament into an infinite Shotgun. 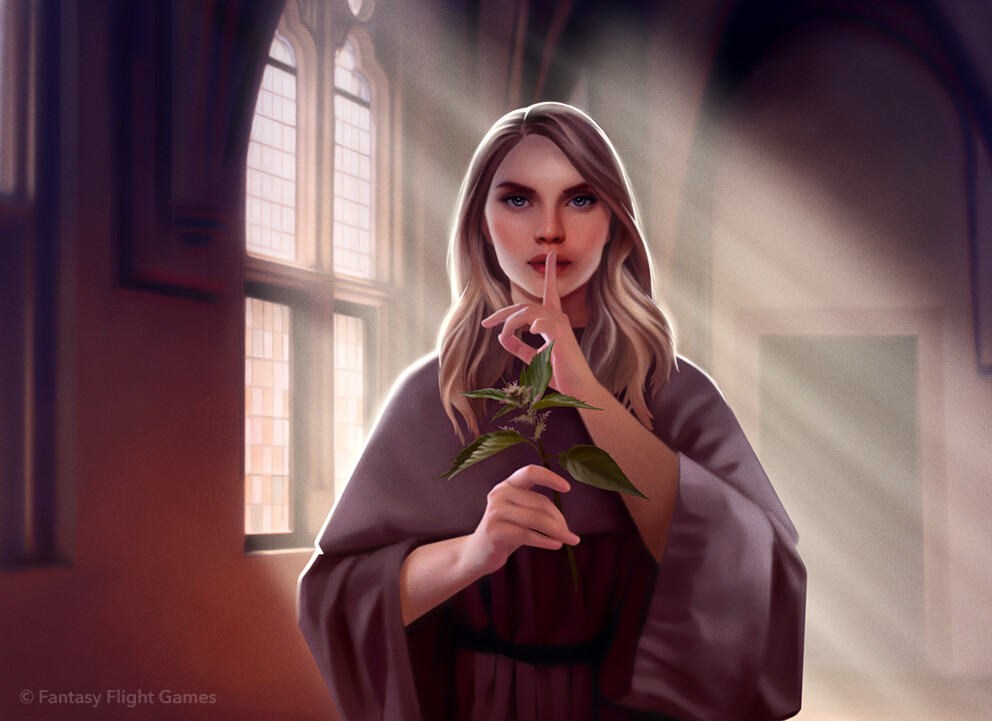 As I just reached 20k points on ArkhamDB, I would like to thank the community for all the ♥ with a little celebration. I will release a new standalone-ready deck concept every week on Friday for the following months, so stay tuned and keep pressing the ♥ button if you want to see more!

This series will come with more concise explanations and are geared towards more experienced players that would like to revisit an investigator in the light of the newer cards.

As Sister Mary received the most votes on Reddit, she's the first of the series.

What makes the Shot-guns different from any other weapon in the game?
Its capacity to deal 5 damage in one single shot.

It is enough to deal with almost every non-elite enemy in a campaign in one single attack, but it has a major downside: only 2 ammo.

What if we could reliably reach 5 damage per bullet without taking the risk of ever getting out of ammo?

To go from 1 to 3 damage per turn, you need to reliably feed the .35 Winchester with .

How to use these tutors at best?

Here is the detailed sequence with an example using random tokens:

As Custom Modifications lets you use Olive McBride before having to release a token from Favor of the Sun, you increase its range of use across your scenario tremendously.

Now that we can find quickly, we need to find a way to deal 2 more damage per bullet.

Link to the 0xp deck

Link to the full xp deck

Other concepts for Mary:

To create your own guides, find the template I have created here